LOU RUGBY: Bringing a stadium listed as a historic monument into the modern day

Our work
LOU RUGBY: Bringing a stadium listed as a historic monument into the modern day

After the extremely successful project on Grenoble's new rugby stadium, Visotec was chosen to design all the signage for the new structure to be built in Lyon, Parc Olympique Lyonnais, provisionally called Groupama Stadium. Then it was the LOU's (Lyon Olympique Universitaire Rugby) turn to invest in the renovation of the Gerland stadium, a listed historical monument.

Completed in only 6 weeks, the modernisation of Gerland stadium required special signage and the use of concrete components reminiscent of the architecture. It also gave rise to upstream studies adapted to difficult environments for establishments open to the public. The monumental signage, designed by Sébastien Pradel, rounded out the site's architecture.

Products with characteristics adapted to an establishment open to the public

From the start of the project, our teams worked with the project designer to ensure that the products were resistant to vandalism or other common damage encountered in the stadiums. This joint reflection process enabled us to develop products of remarkable strength and durability, perfectly capable of withstanding a consumer environment. However, our teams also had to adapt to the constraints of such a site beyond manufacturing, in particular during the logistics and installation stages, of which we were likewise in charge. 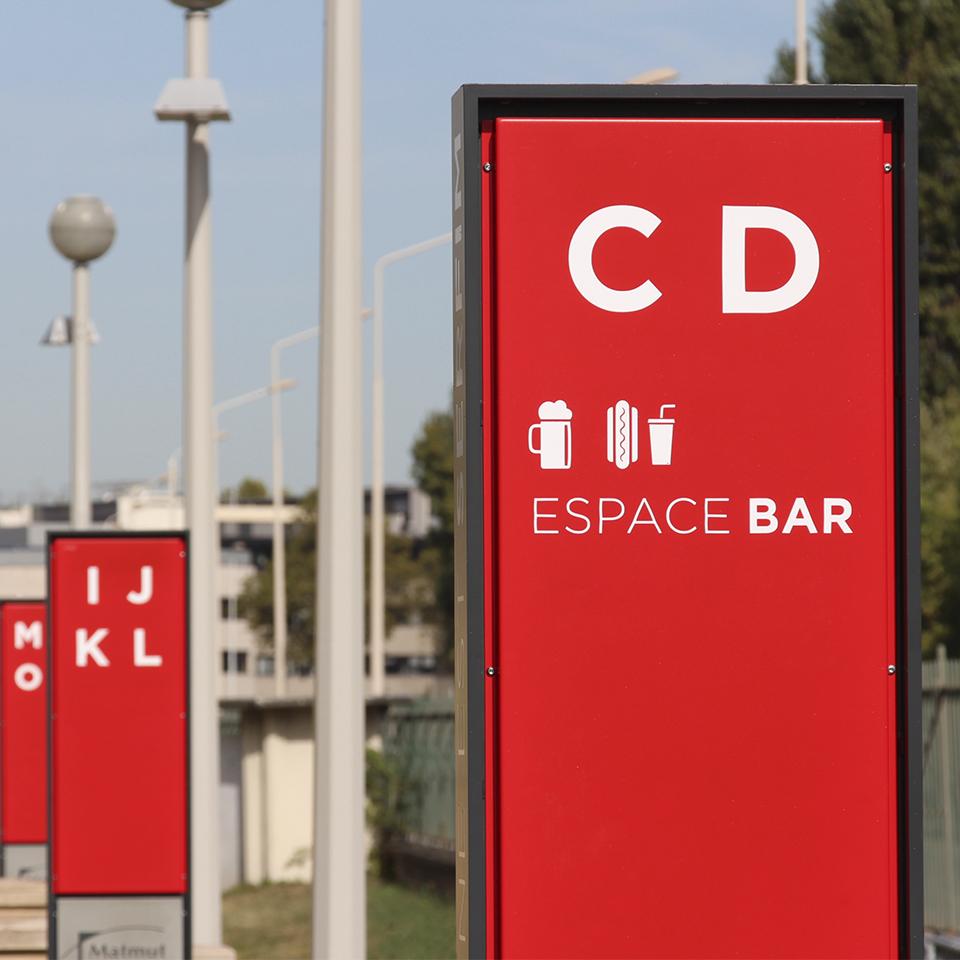 The work was run in accordance with the specifications set out by the Design Office, in line with the price schedule, deadlines and requirements on quality of execution and service. 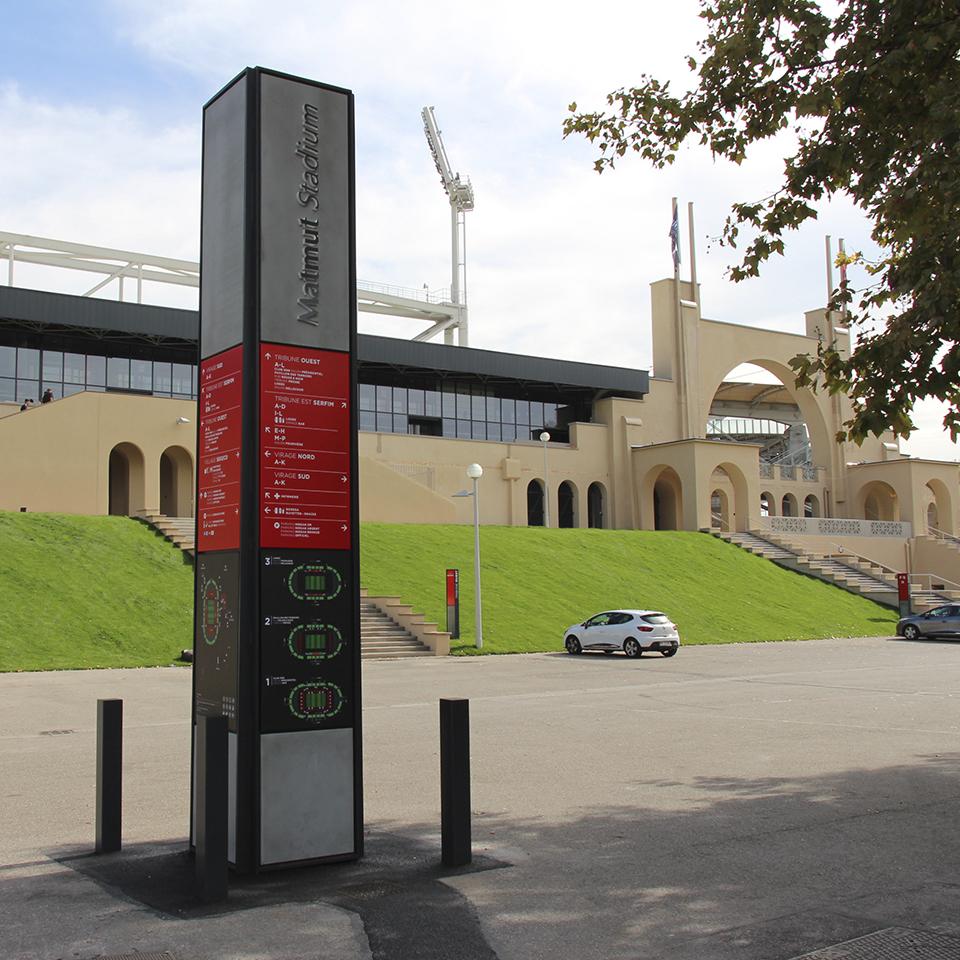 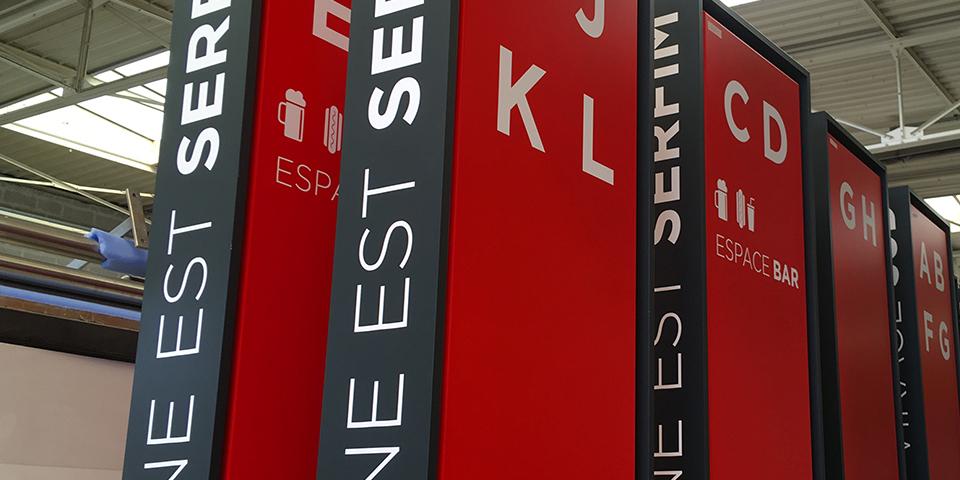 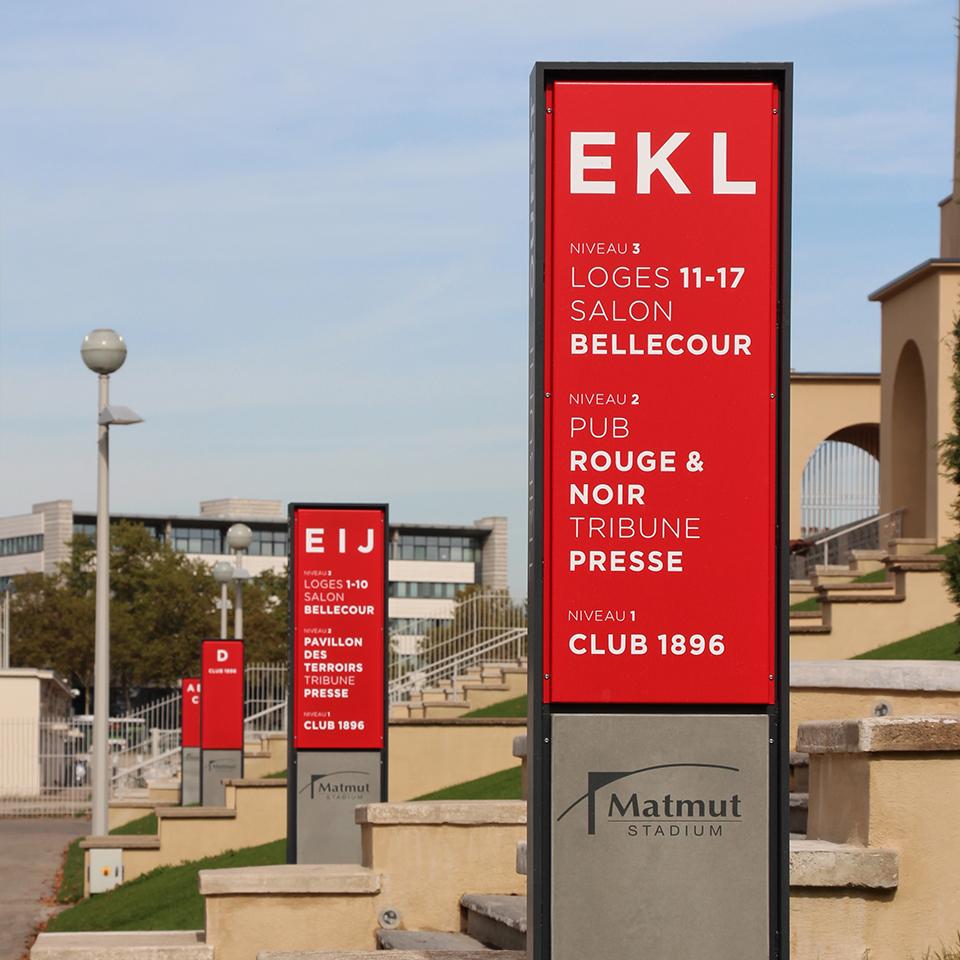 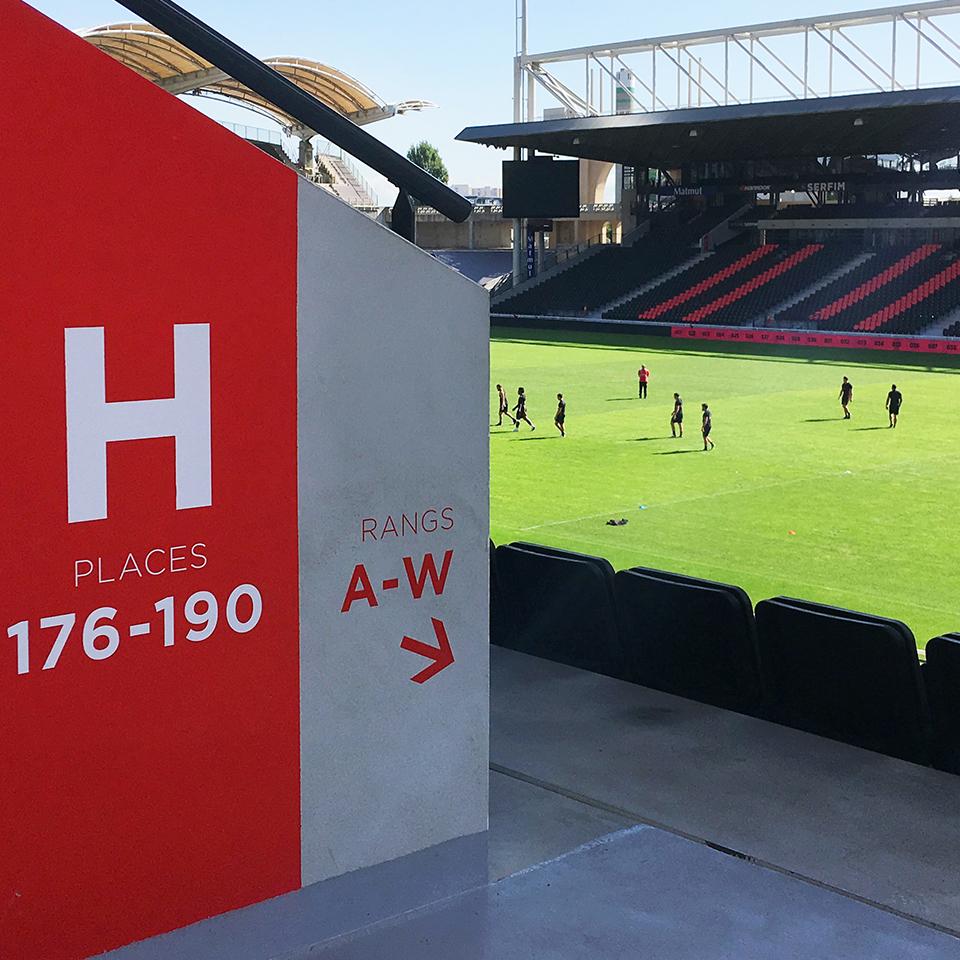 Lenoir Services, a company of the Visotec Group, has been working for several years in the world of sport and has naturally chosen to develop special expertise in signage for sports establishments. Having earned its stripes with the signage for the Saint-Etienne Stadium (Geoffroy Guichard), then the Grenoble Stadium, and most recently Parc Olympique Lyonnais, it was during this major project at the Stade de Gerland that Lenoir Services / Visotec fully demonstrated its ability to carry out major projects in the field of sports. Since then, we have also created the PSG signs for Parc des Princes and the club's shops. 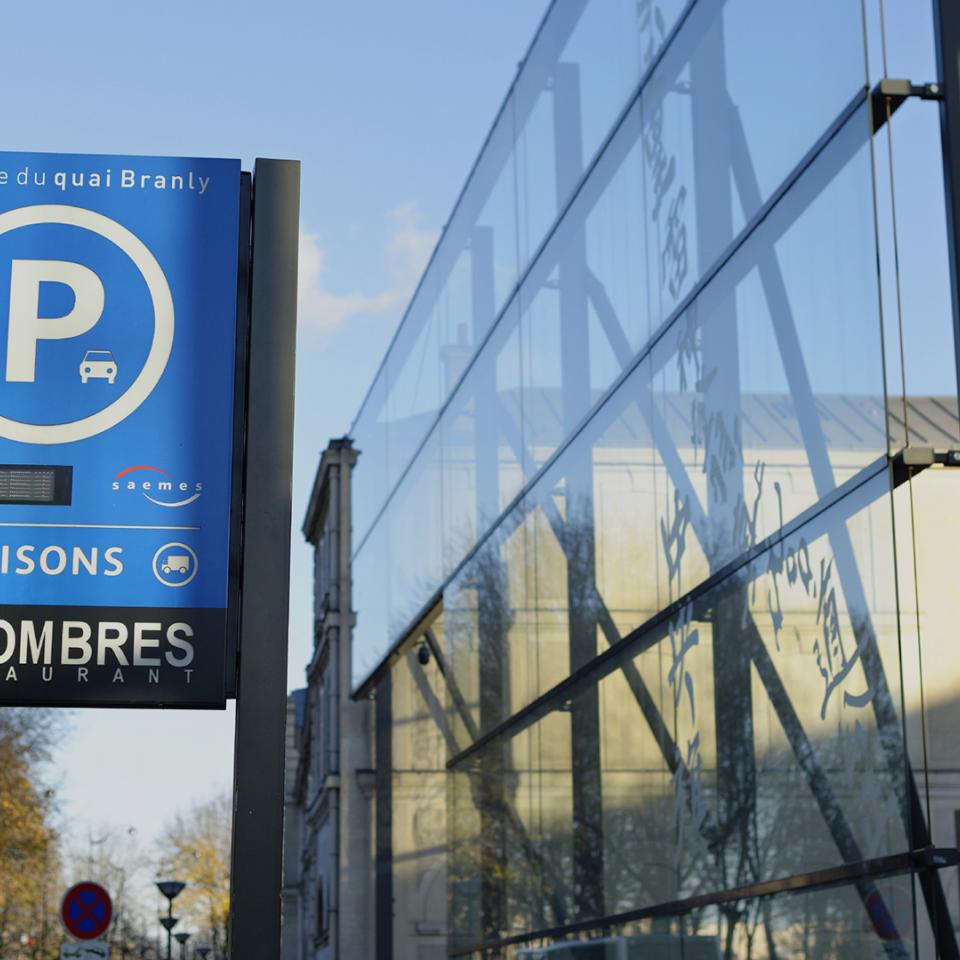 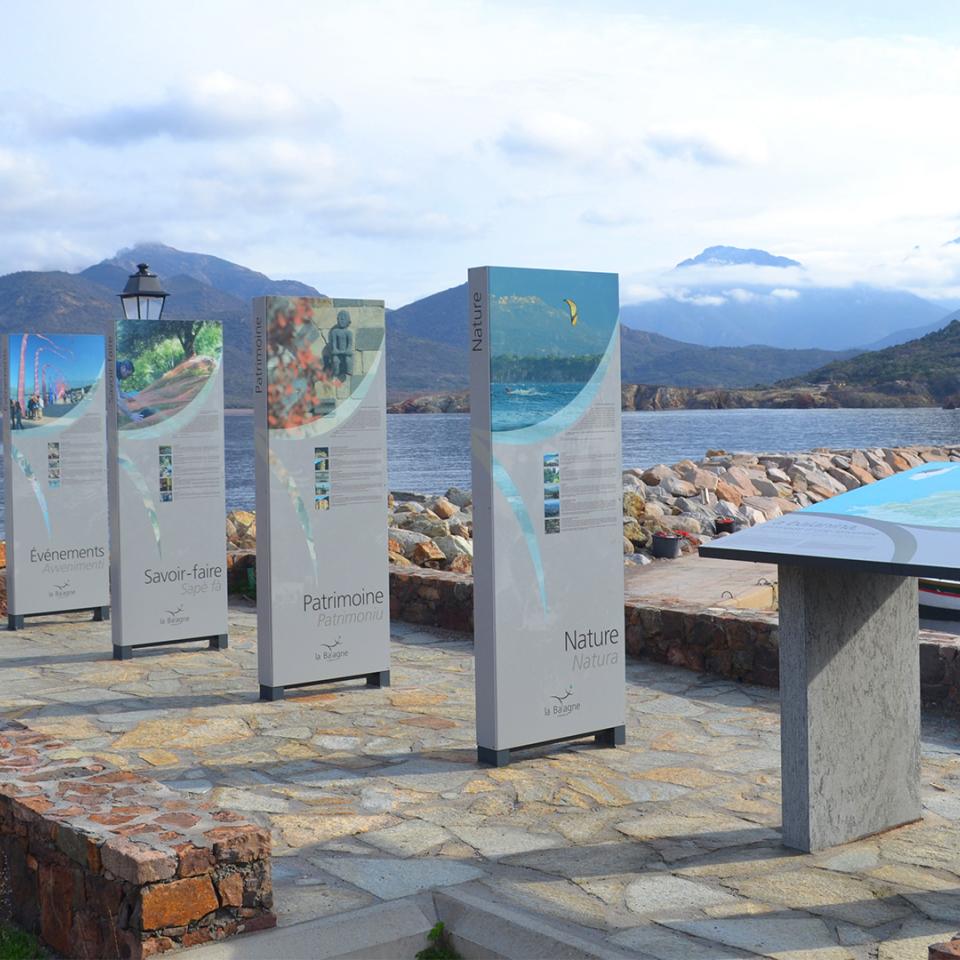 Community of Municipalities of La Balagne